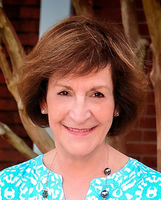 Dorothy Lore Robertson died Tuesday, August 18, 2020, at Robert Wood Johnson University Hospital in New Brunswick, after a brief illness. She was 81. Dorothy was born on July 24, 1939 in New Brunswick, NJ to the late John Lore and Dorothy (Pearson) Lore and grew up in Highland Park. She graduated from Highland Park High School and married Stewart (Stew) James Robertson, Jr., in 1959. Stew and Dorothy were happily married for 55 years until his death in 2014. Together they were the success behind Robertson's Ski Shop that operated in East Brunswick, NJ. They lived in Piscataway, Milltown and North Brunswick while raising their five children. Dorothy – known as Dottie or Dot to some – was a wonderful mother, grandmother, sister, daughter, wife, mother-in-law, daughter-in-law, and aunt, and was beloved by all who knew her. She was funny, smart, kind, and loving. Dorothy enjoyed sports, was a loyal Yankees fan, and loved playing Scrabble. Dorothy delighted in gathering family together including at the Jersey shore where her children, nieces, and nephews created lasting memories, at her house in Milltown where she hosted dozens of family members for Thanksgiving, and for cherished trips to Jackson Hole, Wyoming with her children and grandchildren. Dorothy's greatest joy was her family and it showed as she was an extraordinary mother, mother-in-law, and grandmother (Grammy) who was adored by her children and their families. Dorothy is survived by her children: Kathleen (Jim Shiah) Robertson; Diane (David Noll) Robertson; Patricia (Robert) Zimmerman; Stewart (Angela Morris) Robertson III; and Michael (Holly) Robertson; seven grandchildren - Joe, Grace, Bobby, Emily, Caroline, Taylor and Madelyn; sister Emily Saienni; brother John Lore; and many nieces and nephews. She was predeceased by her brother Lucian Lore, and sister Joan Venanzi. In light of limitations on gatherings, services, under the direction of Selover Funeral Home, 555 Georges Road, North Brunswick, will be private. Contributions in memory of Dorothy Robertson may be made to St. Jude's Children's Research Hospital, P.O. Box 1000, Department 142, Memphis, TN 38148, Memorial ID #12117758.