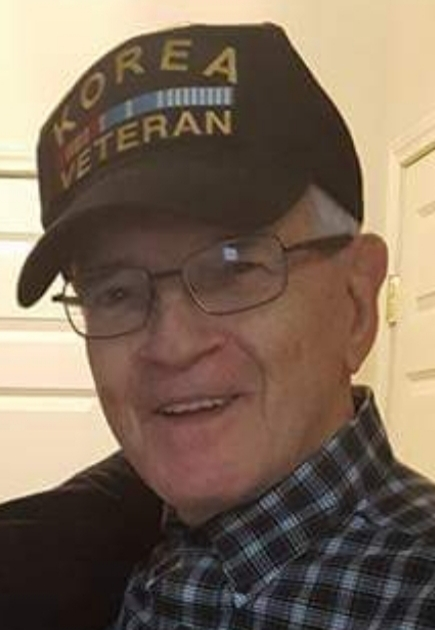 Get Directions
Monday
20
May

Get Directions
Tuesday
21
May

Get Directions
Tuesday
21
May

Gerald "Jerry" Joseph Fitzgerald passed away at Bear Creek Assisted Living in West Windsor on May 15, 2019 surrounded by his loving family. He was 89.

Born at home in Jersey City, he was the eighth child of Elizabeth Killion and Patrick Fitzgerald. He graduated from St. Peter's Preparatory School in Jersey City and always loved anything to do with the Jesuits and the Prep.

Jerry spent four years in the US Air Force as a cryptographer. He served in Korea during the Korean War. He returned to Jersey City and graduated from St Peter's College in 1958 with a BS in English. Due to his love of theater and his talent, Jerry graduated from the American Academy of Dramatic Arts in NYC. He performed for years in Summer Stock in Lake Placid. He also performed in local theater – The Villager's, Playhouse 22, The North Brunswick Adult Drama Group and Somerset Valley Players. His favorite role was Alfie Doolittle from My Fair Lady which he performed three times including once at Plays in the Park in Roosevelt Park, a production he got to be in with his daughter. Jerry always loved music of all kinds – classical, theater, jazz, popular. There was always music on when Jerry was in the room. He had an incredible memory for details and could tell you who played what roles in movies, and theater, as well as many historical events. Jerry also enjoyed watching sports and had been to Major League Baseball All-Star and World Series games when he was younger. He also had a love for the New York Giants and took great pleasure in wearing an authentic Giants jacket that his son had outgrown and he wore proudly for years.

Jerry taught history at New Brunswick High School for seven years and then moved to Hillsborough High School in 1970 where he taught history and drama for twenty two years. He directed the yearly high school musical using his theater and musical ability to produce wonderful theater alongside his wife.

In 1967, Jerry married Marion Susan Brown of Teaneck and New Brunswick. They met at a history department meeting and began a great adventure as a couple. They had two children: Douglas Sean and Mary-Kate. They moved to North Brunswick in 1973 and lived there until they built a house for retirement in Port St. Lucie, FL. They began to be "snow birds" and loved having two lives. Travel was always important to them. They spent time at the Jersey Shore and took many road trips with the children all over the Eastern United States. In the mid 1990's, they discovered the joy of cruises and began seeing more of the world including the US, Europe, Ireland, the Caribbean, Bermuda, Alaska and Hawaii.

Life became much more interesting when Doug married Heather DeLollis and had Cooper, O'Hara and Quinn. They live in Kendall Park. Mary-Kate married Christian Bozinta and they had Jack, Marley and Colin. They live in Somerset. Jerry loved being Pop Pop and spending time with all of his grandkids and these last years have been special because of all of them.

Visitation will be Monday from 2:00 PM to 4:00 PM and 7:00 PM to 9:00 PM at Selover Funeral Home, 555 Georges Road, North Brunswick. Funeral services will be 9:30 AM Tuesday from Selover Funeral Home followed by a 10:30 AM Mass at St. Matthias R.C. Church in Somerset. Private burial will be on Wednesday.

The family wishes to thank the staff of Bear Creek Assisted Living as well as hospice for the care of Jerry. In lieu of flowers, please make a donation to the school he cherished: Saint Peter's Preparatory School, 144 Grand Street, Jersey City, NJ 07302.

Share Your Memory of
Gerald
Upload Your Memory View All Memories
Be the first to upload a memory!