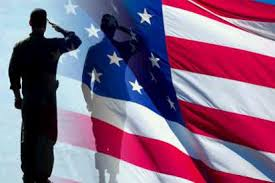 Mr. Stimpert was born in Lewisville, Ohio and lived in Edison for fifty six years. He served his country with the United States Army, earning the rank of sergeant. He was the Vice-President of Decco Engineering in Middlesex for thirty years before retiring in 1999.

Mr. Stimpert was predeceased by his parents, Everett and Emma Stimpert and his brother, Herbert Stimpert. He is survived by his wife of sixty one years, Virginia (Rohr) Stimpert; his daughter Paula Ungerleider and her husband Henry of Edison; his beloved grandchildren Michael and Erica and two great grandchildren Samantha and Matthew.

Visitation will be Wednesday from 11:00 AM to 1:00 PM at the Selover Funeral Home, 555 Georges Road, North Brunswick. Funeral service will begin at 1:00 PM. Interment will follow in Van Liew Cemetery, North Brunswick. In lieu of flowers, memorial contributions may be made to the Wounded Warrior Project, P.O. Box 758516, Topeka, Kansas 66675-8516

Share Your Memory of
Paul
Upload Your Memory View All Memories
Be the first to upload a memory!
Share A Memory
Plant a Tree