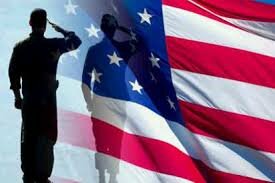 Please share a memory of Allen to include in a keepsake book for family and friends.
View Tribute Book

He was born in New Brunswick to the late Samuel and Charlotte (Fenwick) Fenkel. He graduated from New Brunswick High School in 1961 and earned his bachelor degree from Bryant College in Providence, Rhode Island in 1965 before moving to North Brunswick in 1968. He started his career as an insurance salesman prior to managing a North American Van Lines agency in Somerset for 30 years before retiring in 2013.

Mr. Fenkel was a veteran of the United States Army serving during the Vietnam War.

Cremation was private. A gathering of family and friends will take place 11:00 AM to 12:30 PM Thursday at Selover Funeral Home, 555 Georges Road, North Brunswick with a memorial service to be held at 12:30 PM at Selover Funeral Home. In lieu of flowers contributions may be made to Sandy Hook Promise at www.sandyhookpromise.org to prevent gun violence.

Share Your Memory of
Allen
Upload Your Memory View All Memories
Be the first to upload a memory!
Share A Memory