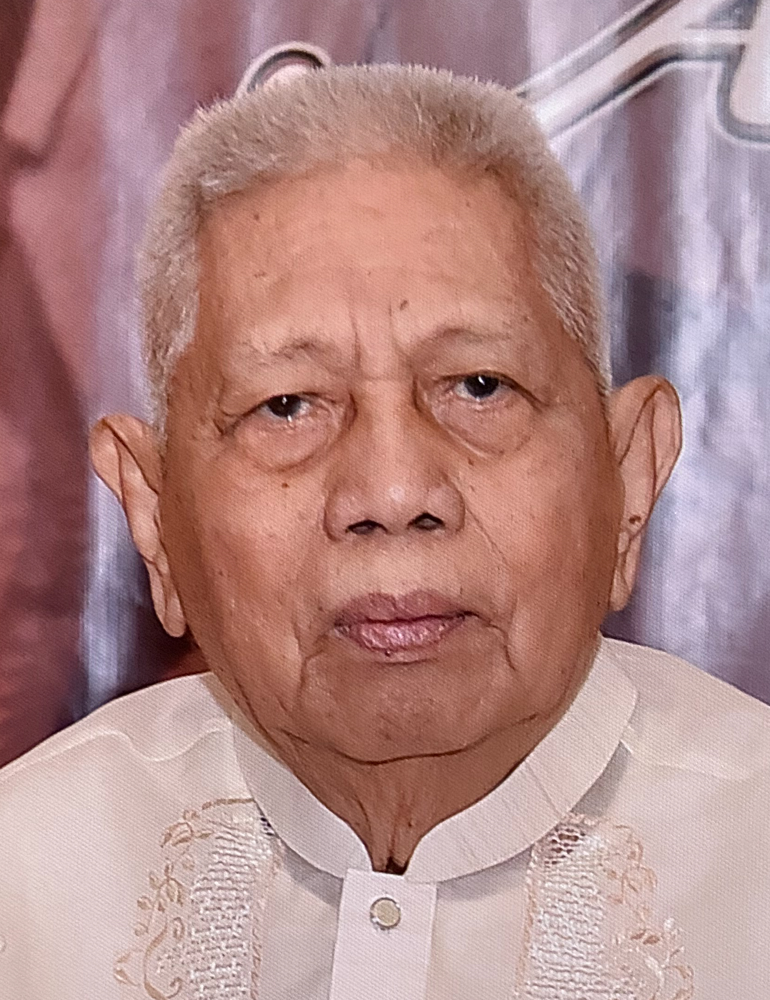 Please share a memory of Leoncio to include in a keepsake book for family and friends.
View Tribute Book

Born in Carigara, Leyte, Philiippines he came to the United States in 1993 and lived in Newark before moving to North Brunswick in 2003. He was an engineer for Atlas Consolidated Mining Corporation and North Davao Mining Corporation in the Philippines for 38 years before his retirement in 1988.

Visitation will be 2:00 PM to 4:00 PM Tuesday, January 11, 2022, at Selover Funeral Home, 555 Georges Road, North Brunswick. Funeral services will be 9:00 AM Wednesday from Selover Funeral Home followed by a 10:00 AM Mass at St. Augustine of Canterbury R.C. Church in Kendall Park. Private cremation will follow.

Share Your Memory of
Leoncio
Upload Your Memory View All Memories
Be the first to upload a memory!
Share A Memory