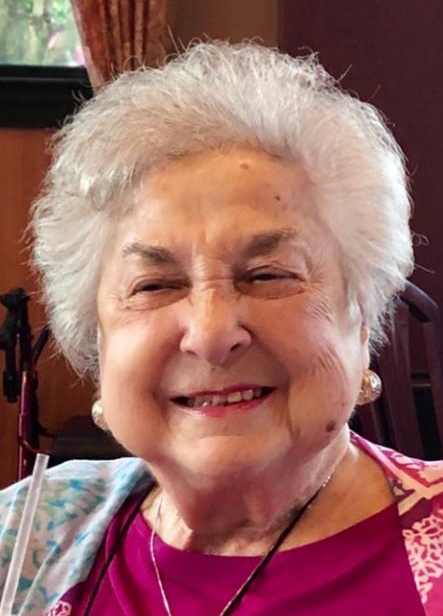 Elmerinda (Caccavo) Scialabba, MD, beloved mother and grandmother, died peacefully at her home in North Brunswick on Thursday, February 3, 2022. She was 88.

Born in Brooklyn, New York to the late Nicholas and Gilda (DeMare) Caccavo, she lived in Plainfield and Toms River before moving to North Brunswick in 2004. She practiced as a pediatric neurologist in Plainfield and as director of Woodbridge State School and later served as the Medical Director of United Cerebral Palsy of Union County.

Dr. Scialabba was a devout Catholic and a communicant of Our Lady of Peace R.C. Church in North Brunswick.

Her husband of 47 years, Dominick A. Scialabba, MD, died in 2009. She was predeceased by her brother Joseph Caccavo; her sister Nancy Guth; and brothers-in-law and sisters-in-law Nicolas and Marianne Mongello and Angelo and Sarah Scialabba. Surviving are two sons - Fred A. Scialabba, MD and his wife Annette of Wilmington, North Carolina, Damian A. Scialabba, Esq and his wife Brenda of North Brunswick; a daughter Marion S. Brown, DMD and her husband John of Hoboken; two brothers – Francis Caccavo and his wife Iris of Brooklyn, New York and Nicholas Caccavo and his wife Margaret of New York City; a sister-in-law Paula Caccavo of Pennsylvania; seven grandchildren - Ellie, Dominick M, Christiana and Dominick A Scialabba, Emily (Scialabba) Love and her husband Nicholas, and Garrett and Logan Dominick Brown; and her loving caregiver of many years, Sara Almendarez.

Visitation will be 5:00 PM to 8:00 PM Wednesday, February 9, 2022, at Selover Funeral Home, 555 Georges Road, North Brunswick. Funeral services will be 9:15 AM Thursday, February 10, 2022, from Selover Funeral Home followed by a 10:00 AM Mass at Our Lady of Peace Church in North Brunswick. Entombment will follow in Holy Cross Burial Park in East Brunswick. In lieu of flowers, contributions may be made to the Elmerinda C. Scialabba, MD Memorial Fund at St. Jude's Children's Hospital, 501 St. Jude Place, Memphis, TN 38105 or at

Share Your Memory of
Elmerinda
Upload Your Memory View All Memories
Be the first to upload a memory!
Share A Memory