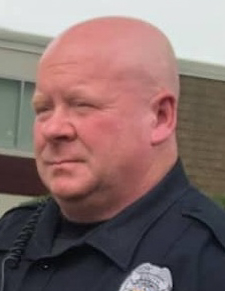 Please share a memory of Leonard to include in a keepsake book for family and friends.
View Tribute Book

It is with the heaviest of hearts that we mourn the unexpected passing of Lenny Hibbitts on Wednesday, February 16, 2022, in South Brunswick. He was 58.

Born in New Brunswick to the late Harold W. and Janet C. (Hague) Hibbitts, he lived in East Brunswick before moving to Monroe Township 25 years ago. Lenny was a 36-year law enforcement veteran who rose through the ranks of the South Brunswick Police Department to become a lieutenant before he retired. He later rejoined the department in 2017 as a Class III school resource officer. In 2001 he had been part of a team of South Brunswick officers sent into New York City to help immediately after the 9/11 attack. In his over three-decade career, he worked in many aspects of the police department including patrol, emergency response team (ERT), evening shift supervisor, traffic bureau supervisor, and school resource officer (SRO). In addition he was an armed security officer for East Brunswick Board of Education, a security officer for Princeton University and co-owner of Superior Firearms Training in Monroe.

Lenny was known as a quiet leader whose mere presence could calm a scene. His dedication to public service in policing was matched by his commitment to the fire service where he was a firefighter and fire chief in Jamesburg and a former member of the Brookview Fire Department in East Brunswick. He was also an avid hunter and outdoorsman.

Surviving are his wife Dawne (Marbut) Hibbitts; two sons – Cal Hibbitts and his wife Paige of North Brunswick and Ty Hibbitts of Monroe; his daughter Fawne Hibbitts of Monroe; two sisters – Donna Hibbitts-Rossi of Spotswood and Janet DiStaso and her husband Lenny of Jackson; two grandchildren – Adalynn and Kash; and many nieces, nephews, in-laws and extended family.

Visitation will be 3:00 PM to 7:00 PM on Wednesday, February 23, 2022 at Selover Funeral Home, 555 Georges Road, North Brunswick. Funeral services will be 10:30 AM Thursday at St. Cecilia's R.C. Church, 10 Kingston Lane, Monmouth Junction. Burial will follow in Franklin Memorial Park in North Brunswick. In lieu of flowers, contributions may be made to the Jamesburg Fire Department, 82 West Railroad Avenue, Jamesburg, NJ 08831.

Share Your Memory of
Leonard
Upload Your Memory View All Memories
Be the first to upload a memory!
Share A Memory