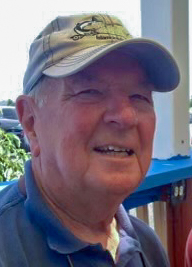 Get Directions
Friday
6
May

Please share a memory of Loren to include in a keepsake book for family and friends.
View Tribute Book

Born in New Brunswick to the late Dr. Theodore A. and Marie (Laufer) Richter, he lived in Milltown before moving to Bridgewater in 1970. He attended Rutgers Preparatory School in Somerset and Solebury School in New Hope, Pennsylvania. He was a long boom crane operator for the International Union of Operating Engineers Local #825 in Springfield for over 40 years before retiring in 1996.

He spent his summers in Seaside Park and enjoyed fishing. He obtained his captain's license which allowed him to run fishing charters on his boat.

Mr. Richter was a member of the Raritan Valley Lodge #46 F. and A. M. in Somerville. He was a veteran of the United States Army having served two years in Germany.

He was predeceased by two sons – Dirk L. Richter in 1989 and Keith T. Richter in 2020; and by his sister Marilyn Shaw. Surviving are his wife Carol (Johnson) Richter; two daughters – Kimberly Richter and her partner Robert Wilson of Neptune and Vicki Robb of Skillman; three grandsons – Charlie Meyer, Ryan Robb and Lukas Robb; a nephew Rick Shaw; and two nieces Karin Shaw Ventura and Lisa Shaw.

Share Your Memory of
Loren
Upload Your Memory View All Memories
Be the first to upload a memory!
Share A Memory