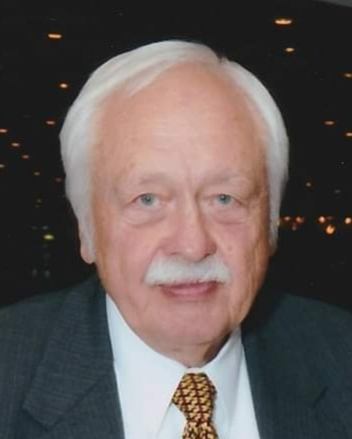 Please share a memory of Paul to include in a keepsake book for family and friends.
View Tribute Book

Born in Riga, Latvia to the late John and Erika (Daugulis) Blumberg, he graduated from Baldwinsville High School in Upstate New York. He attended the University of Chicago and graduated with a degree in chemistry from Rutgers University in New Brunswick, New Jersey. Paul was well regarded in his field of precious metals and analysis working at Ledoux and Company in Teaneck, New Jersey and later Inspectorate America Corporation in Reno, Nevada. In retirement he returned to the East Coast to be near his grandchildren and extended family.

He was proud of his Latvian heritage and participated in many cultural organizations and activities. He was a lifelong member of the Letgalia Fraternity, a member of the Latvian Society of Priedaine in New Jersey and he attended the Latvian Lutheran Church of New Brunswick and Lakewood. When he wasn't spending time with his family, he enjoyed traveling the world.

Cremation was private under the direction of Selover Funeral Home in North Brunswick, New Jersey. Burial of the cremated remains will take place at the Latvian Memorial Cemetery in Catskills, New York at a later date.

Share Your Memory of
Paul
Upload Your Memory View All Memories
Be the first to upload a memory!
Share A Memory