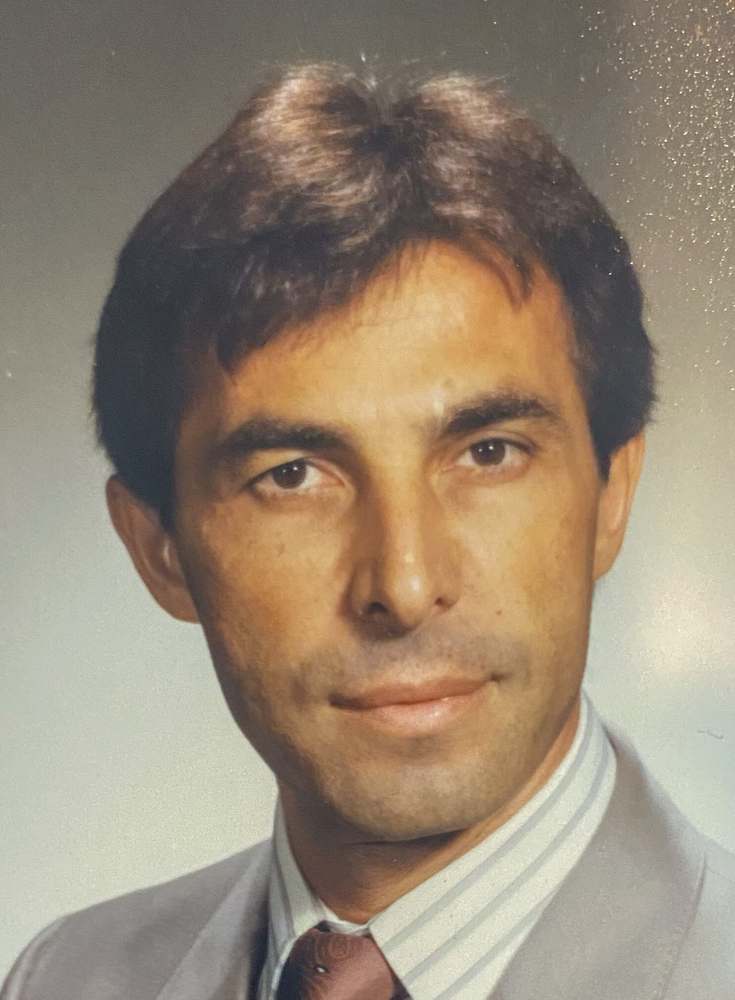 Please share a memory of Corrado to include in a keepsake book for family and friends.
View Tribute Book

Corrado Mustillo, 77, of Riverhead, NY passed away on July 24, 2022. Corrado was born in Casacalenda, in the Province of Campobasso, Italy on February 16, 1945 to the late Valentino and Antonietta (DeSantis) Mustillo. He moved to America in February 1960 and attended Red Bank High School. He entered only speaking Italian, and began to study a grammar book every day until, over the course of only a few months, he became fluent in English. He deeply desired to communicate which led him to learn and master 3 languages (English, Spanish and French), in addition to his native Italian, to help others communicate in years to come.

Corrado enrolled at Montclair State College in pursuit of his dream to become a foreign language teacher. It was there he met the love of his life, Maria, who would become his wife of 54 years. Together, they moved to East Brunswick where Corrado began his career teaching Spanish. He then was hired to teach French at East Brunswick High School, where he remained for 35 years before he retired. Teaching was his passion, as witnessed and appreciated by his students and fellow teachers.

When Corrado wasn't teaching, he was traveling all over the world, appreciating art, culture and music. He and Maria developed a love of ballroom dancing that filled their lives. They spent countless hours in each other's arms, swept away in dance and love. Through the years, music became a central tenet in Corrado's life- from opera to songs from the 50's and 60's, along with his favorite Neopolitan singers who reminded him of his days in Italy.

Corrado relied on his deep faith in God, and was a communicant of St. Mary of Mount Virgin R.C. Church in New Brunswick. He was a member of the church's Knights of Columbus as well as the Benevolent Order of the Elks in East Brunswick for many years. He enjoyed a friendly, and sometimes competitive, game of bocce with his friends and family. His love of soccer, which began in Italy, continued through his years in America. He loved wine making, gardening and tending to his perfectly manicured lawn. Fixing things and figuring out how to fix things was a lifelong hobby - a true jack of all trades; his persistence and craftsmanship was unyielding.

Corrado relished his years as a "snow-bird" once he retired, traveling to Florida and enjoying the warm sun and walks on the beach. He never tired of being outdoors under the expansive sky.

In the words of one of his favorite writers, Antoine de Saint-Exupery: "This is, to me, the loveliest and saddest landscape in the world. It is the same as that on the preceding page, but I have drawn it again to impress it on your memory. It is here that the little Prince appeared on Earth, and disappeared." - Le Petit Prince

Surviving are his wife Maria (Clai) Mustillo; two daughters – Linda Maynard and her husband Robert of North Carolina and Cindy Roseto and her husband Joseph of Cutchogue, New York; and four grandchildren – Anabella and Austin Maynard and Jude and Siena Roseto.

A Funeral Mass will be held 11:00 AM Wednesday, August 3, 2022, at St. Mary of Mount Virgin R.C. Church at the corner of Remsen Avenue and Sandford Street in New Brunswick Entombment will follow in Holy Cross Burial Park in South Brunswick. IF ATTENDING THE FUNERAL THE FAMILY REQUESTS EVERYONE WEAR MASKS, REGARDLESS OF VACCINATION STATUS, AND MAINTAIN SIX FEET SOCIAL DISTANCE.

The family requests those who wish to express sympathy to consider making a donation to Parker Jewish Institute Foundation in Corrado's name. Arrangements are under the direction of Selover Funeral Home in North Brunswick.

Share Your Memory of
Corrado
Upload Your Memory View All Memories
Be the first to upload a memory!
Share A Memory