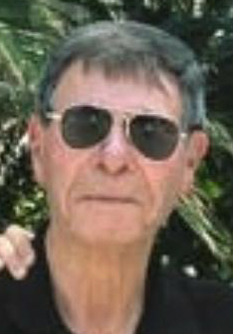 Please share a memory of Chaim to include in a keepsake book for family and friends.
View Tribute Book

Chaim Frenkel passed away in the arms of his loving family early in the morning of August 12th, 2022 in New Brunswick, NJ. Chaim lived a long and meaningful life and passed away at the age of 88 after a long battle with lung cancer. He is remembered by his wife of 44 years, Daphna, and his sons Jonathan, Guy, and Ariel.

Chaim was born in Tel Aviv, Israel, grew up during a historical time and served as an officer in the IDF. He received his undergraduate degree from Hebrew University before immigrating to the United States and received his Masters from the University of Massachusetts, Amherst, his Ph.D. from Pullman in Washington State, and his postdoc at Michigan State.

His first and only academic job was at Rutgers University, where, for over 50 years, he committed his life and career to, among other things, the post-harvest physiology of fruit, the behavior of water in biological systems, and, in the last few years, concentrated on the post-harvest handling of vanilla. His contribution to vanilla research and technology was, by his own admission, his most impactful work.

Chaim will be buried in Israel in Sheikh Abreik in the Jezreel Valley among his family and heroes from Israel's history.

We welcome colleagues and friends Monday through Wednesday (August 15th-17th) after 5 pm at the Frenkel residence (please connect directly via e-mail for the address) to celebrate his life. E-mail Daphna at daphna@baktoflavors.com. Arrangements are by Selover Funeral Home, North Brunswick.

Share Your Memory of
Chaim
Upload Your Memory View All Memories
Be the first to upload a memory!
Share A Memory