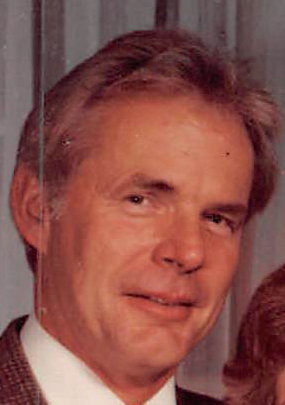 Please share a memory of Paul to include in a keepsake book for family and friends.
View Tribute Book

Born in Elizabeth to the late Paul F. and Bertha (nee Lis) (Knazynski) Kayne he was raised in Clark and resided in Somerville before moving to North Brunswick in 1965. He was a 1954 graduate of Jonathan Dayton Regional High School in Springfield and attended Newark School of Fine Arts, the Germain School of Photography in New York City and the Army Engineer School at Fort Belvoir in Virginia. A third generation employee of Exxon Corporation, he was a heavy equipment and crane operator in Linden for 20 years before retiring in 1992. Before that he had worked as a designer for Container Corporation of America in New Brunswick and other design firms in Short Hills and New York City. He also spent 10 years as a tractor trailer tank driver for Nicholas Petroleum Transport in Woodbridge.

He was a communicant of Our Lady of Peace R.C. Church in North Brunswick where he served as an usher. His hobbies included fishing, traveling, target shooting, trains and model building. He made working models of canal locks that were used in educational programs with the D&R Canal.

In addition to his parents he was predeceased by his brother Raymond. Surviving are his wife of 60 years Rosemary (Reichert) Kayne; his children – John P. Kayne of Milltown, Patricia M. Kayne of Red Bank, Jean B. Kayne of Point Pleasant Borough and Carol N. Wiatrak of Red Bank; and five grandchildren – Makena, Joelle and Anthony Smargiassi, and Michael and Jake Wiatrak.

Cremation was private. A Memorial Mass will be held 10:00 AM Wednesday, September 21, 2022, at Our Lady of Peace R.C. Church, 1730 US Highway 130, North Brunswick. Burial of the cremated remains will follow in Franklin Memorial Park in North Brunswick. Arrangements are by Selover Funeral Home, 555 Georges Road, North Brunswick.

Share Your Memory of
Paul
Upload Your Memory View All Memories
Be the first to upload a memory!
Share A Memory