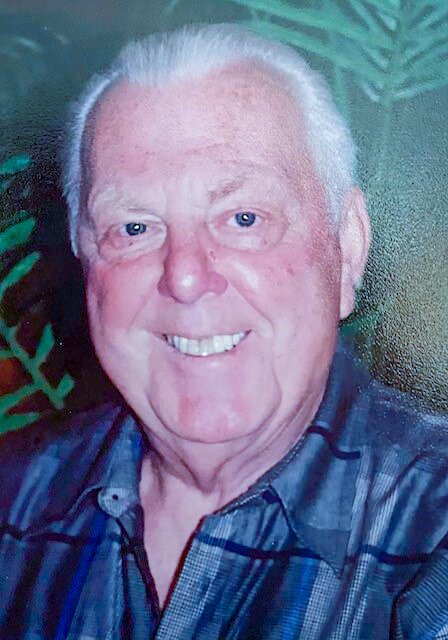 Please share a memory of Michael to include in a keepsake book for family and friends.
View Tribute Book

Born in Newark to the late Michael and Katherine (Cieliera) Szalus, he lived in Irvington before moving to New Brunswick 55 years ago. He was a pipefitter for Guyon Fabricating in Harrison for 25 years and then worked in the maintenance department of the New Jersey Turnpike Authority in Milltown for 20 years before retiring in 2000.

Mr. Szalus was a communicant of St. Mary of Mount Virgin R.C. Church in New Brunswick. He was an avid fisherman and crabber with a zest for life and a love for his family, especially his grandchildren.

In addition to his parents he was predeceased by three brothers – Chester and his wife Doris, Edward and Felix and his wife Clara; and by his sister Micheline Pyzik and her husband Stanley. Surviving are the love of his life, his wife of 58 years, Bernadine (Gallagher) Szalus; two sons – Michael and his wife Carol of Middlesex and David and his wife Monica of Berkeley Heights; his sister Stephanie Robel of Sterling; his brother Frederick Szalus and his wife Betty of Pennsylvania; his sister-in-law Eleanor Szalus of Monroe Township; and five grandchildren – Emily, Dana, Andrew, Mitchell and Sarah.

Visitation will be 8:30 AM to 9:30 AM on Saturday, January 28, 2023, at Selover Funeral Home, 555 Georges Road, North Brunswick followed by a 10:00 AM Mass at St. Mary of Mt. Virgin Church in New Brunswick. Entombment will follow in Resurrection Burial Park in Piscataway. In lieu of flowers contributions may be made to the American Heart Association at www.heart.org.

Share Your Memory of
Michael
Upload Your Memory View All Memories
Be the first to upload a memory!
Share A Memory